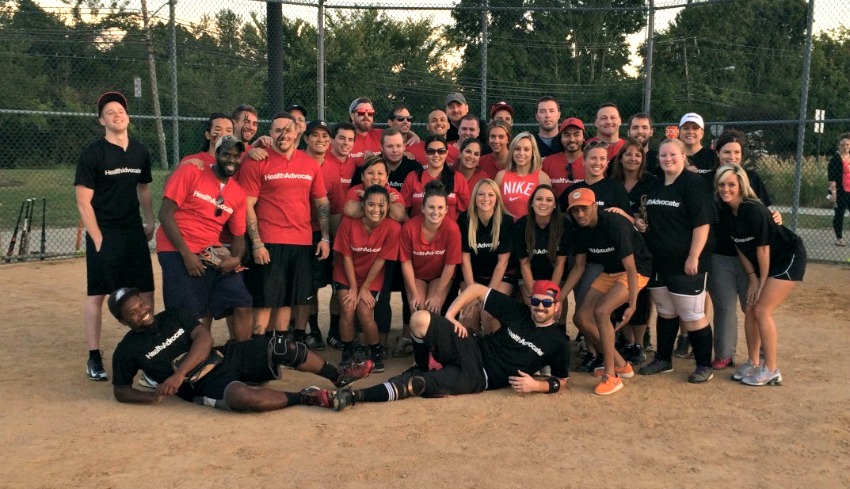 Health Advocate’s employee softball teams recently closed out their second season as part of the Plymouth Meeting Township (Pennsylvania) Corporate Co-ed Softball League. Both teams gave it their all, battling it out with teams from other area companies through a lengthy schedule due to a rainy summer season this year.

Although neither team made the playoffs, they played each other in a head-to-head game for the coveted “unofficial” Health Advocate Plymouth Meeting Pennant where Team Fireballz came back from a three-run deficit to win in the last inning. The final score of the game was 18-15.

Congratulations to both teams for another fun and exciting season!